LRM is an investment company that develops and stimulates economic growth in Limburg. We provide a solid foundation, allowing companies and projects, which create jobs in Limburg, to grow. Our financial means and economic expertise, together with Limburg’s key assets, create a unique place for development and growth. Limburg is a tight network in which companies can grow and where it’s good to work and to live. Nowadays, we should take a head start with innovation, creativity and sustainable projects. LRM sees Limburg – with its available company parks and green areas – as one big lab to test experimental initiatives on their feasibility. We take the lead in the development of ideas and projects that guarantee innovation.
Website 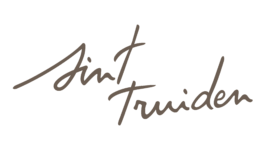 Sint-Truiden is situated in the heart of Haspengouw, a region acknowledged for its agriculture and fruit. From April to October, Haspengouw revolves around fruit. Enjoy the blossoms, smell the fruity aromas during the harvest, taste the local products or visit a fruit company. The cross fertilization with technology will lead the City towards a sustainable and competitive future and generate durable employment for next generations.
Website 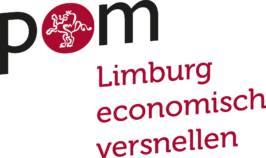 POM Limburg is the organization responsible for the implementation of the socio-economic policy of Limburg. Their work is focused on three main areas. First there’s spatial economy, which means POM Limburg makes sure there’s plenty of space for companies, while paying special attention to sustainability and eco-efficiency. Second, there’s the gathering and sharing of knowledge about economic performances and developments in Limburg and its five areas. And last, POM Limburg focuses on platform and project work, by organizing interaction between companies, schools and the government in eight different priority industries (logistics, manufacturing, energy, creative economy, digital economy (IT), healthcare, construction and clean tech).
Website

JK Invest is the investment company of private investors Jack Waldeyer and Kris Van den Bergh. Both are passionate about aviation and are active in a number of aviation related activities.

With JK Invest they mainly aim at technological start-ups and young growth companies that they try to bring to a higher level with financial injections and coaching. With InTouch, Limburg Regional Airport and the recent investment in Droneport, this is the fourth investment by JK Invest in Limburg in the short term.