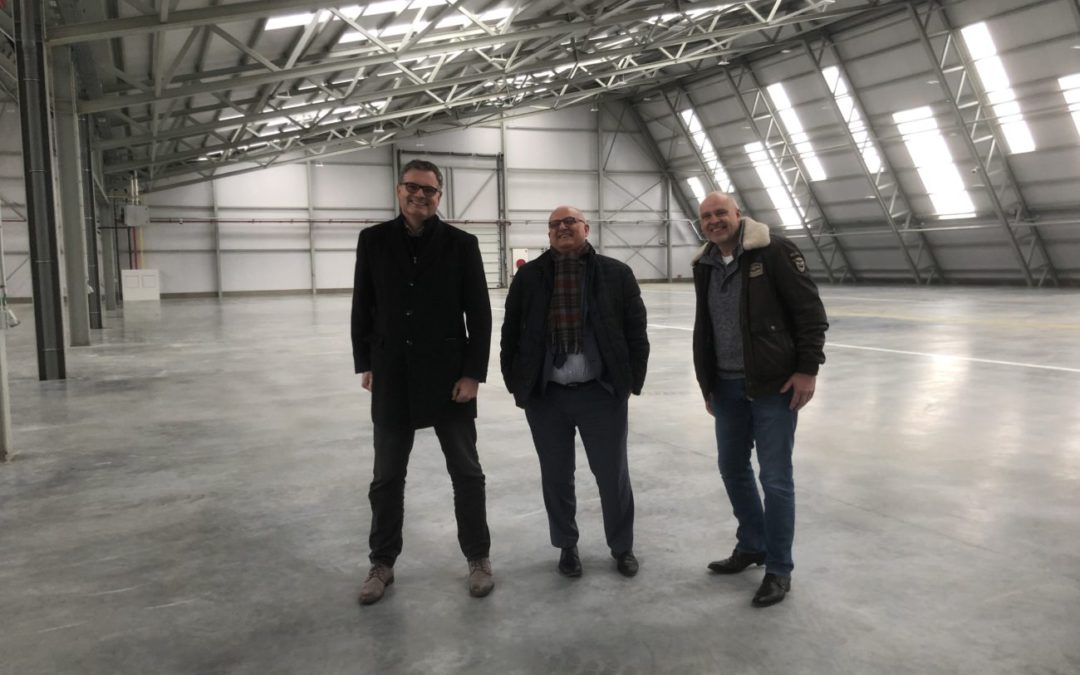 Just like DronePort in Belgium, the Dutch Drone Center is a test center for drones, but in the Netherlands. Since January 2017, drones have been tested in a controlled airspace. Together with the sector federation DARPAS (the Dutch counterpart of EUKA) they came to gain inspiration in Flanders. And where else than in DronePort.

Dutch Drone Center is a public-private partnership aimed at the safe testing and demonstration of drones within the controlled airspace of Woensdrecht airbase. This unique location at Aviolanda Aerospace offers professional drone developers and companies the opportunity to further develop their unmanned antenna systems and their applications.

The airbase in Woensdrecht wants to contribute to the development of drones and has made its airspace available for drone testing. In 2016, a European Interreg project subsidy of 1.9 million euros was granted for this. According to Aviolanda’s commercial manager, the test and demo location offers many opportunities for the fast-growing drone industry.

Through the collaboration with the Royal Netherlands Air Force and Security Region Mid-West Brabant, and supported by the local regional authorities and knowledge institutes, Dutch Drone Center will develop into one of the cornerstones of unmanned flying in the Netherlands. It is not illogical that they also keep an eye on the DronePort project in Belgium.

“The basic concept of DronePort is very similar. In addition to all the additional services that we offer here, it is primarily about stimulating the drone industry and integrating these new technologies into existing ecosystems”, said Mark Vanlook, CEO of DronePort. “We can undoubtedly learn a lot from each other. It is very inspiring to exchange ideas with the Dutch counterparts of DronePort and EUKA.”

DARPAS also participated in the visit. DARPAS is the Dutch trade association for professional production and use of unmanned aircraft systems (also called Drones, RPAS, UAS or UAV). Since 2012, they have been representing the interests of members involved in research and development, production, use, services and applications of RPAS (drones) in the Netherlands.