Entrepreneur network One two GO on a trade mission at DronePort 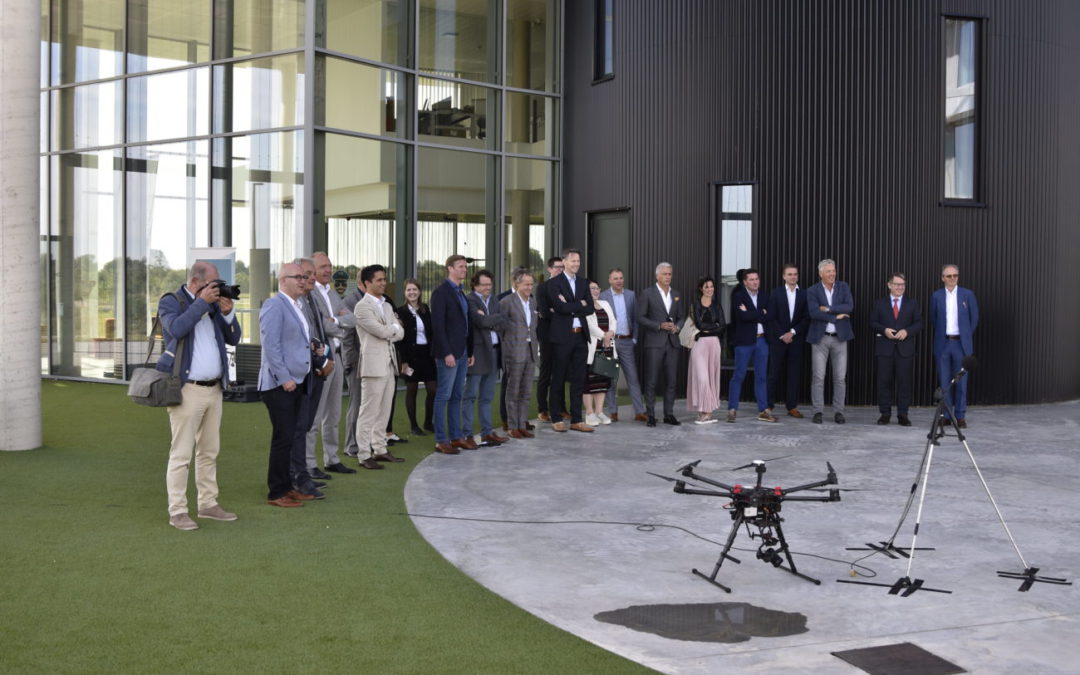 The boundless One Two GO network visited DronePort today. The organization has been active since the beginning of 2018 and presents itself annually during the VOKA New Year’s Invitito. Once a quarter they organize a GO café or GO resto, per turn in Belgian Limburg or Dutch Limburg. This time it was Belgium’s turn.

The organization’s aim is to tap into and, in particular, deepen contacts between Belgian and Dutch Limburg entrepreneurs. Only by regularly meeting each other, relationships across the border are intensified, which leads to good contacts and contracts more quickly. DronePort, a place where entrepreneurs meet every day, is the ideal setting for this.

Mark Vanlook, CEO of DronePort, gave the group an explanation and tour. Drone rental company Dr-one concluded the visit with a demonstration in the ‘cage’ with the now infamous ‘selfiedrone’, a DJI Mavic Air. The group then went on to the Corda Campus, another LRM incubator.