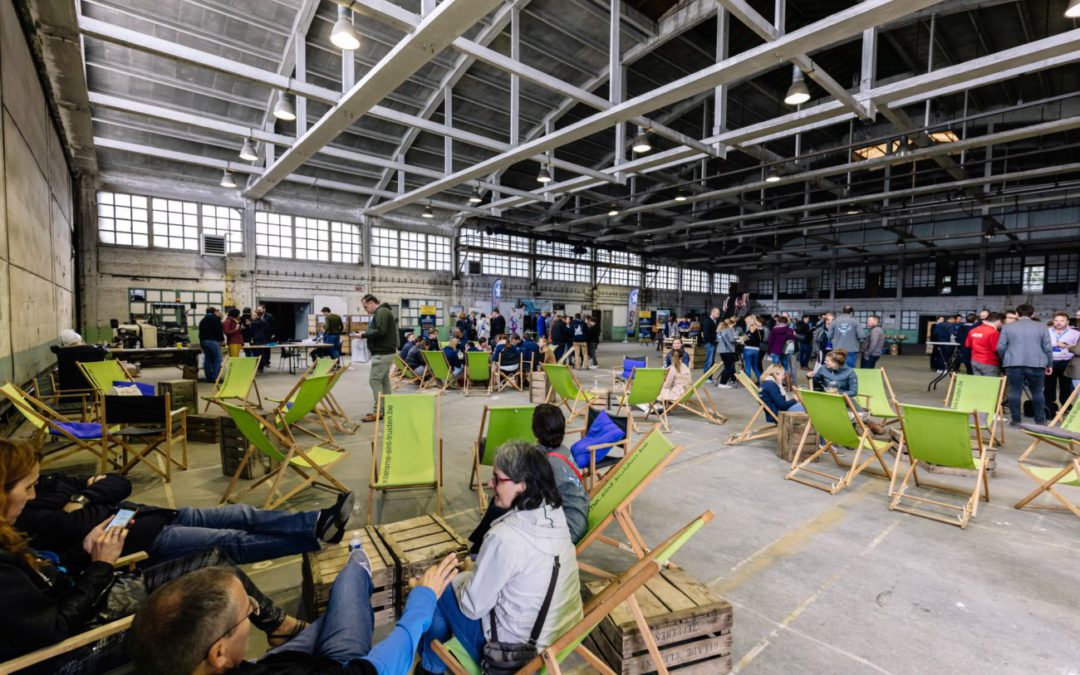 On Saturday 28 September, hundreds of young people visited the DronePort campus building as part of the JCI National Congress. The SkyHigh event brings hundreds of young people together every year to brainstorm about creating positive changes. This year a large part of the 3-day congress took place at DronePort. Numerous keynotes and workshops were scheduled. To close the day, a gala dinner was hosted at the Belgian Fruit Auction in Sint-Truiden.

In our complex society, JCI wants to inspire young people and encourage them to take initiatives. The association is known as a young, dynamic and future-oriented organization for committed, entrepreneurial spirited people who prepare themselves to take on managerial positions in private and public life. Through their activities within JCI, members and candidate members work on their personal growth and development.

This is achieved by actively participating in internal training programs and planning and implementing projects that benefit the individual and the community. The SkyHigh event is a beautiful expression of that. The 3-day congress took place at several hotspots in Haspengouw. The mainly sloping landscape is excellent for growing fruit and wine and the fruit sector is Haspengouw’s economic engine. During the congress a visit to some fruit-related companies could not be missed.

But Haspengouw also has a large chunk of military history. The airbase of Brustem was already in use by the Belgian Air Force before 1940. For the American Air Force it became an important airport for the final battle against Germany. The Belgian Air Force was established there from 1946 to 1996. A large part of the former airbase was re-designated as a development area for the drone industry. So DronePort should certainly not be missing between the local hotspots where the congress took place.