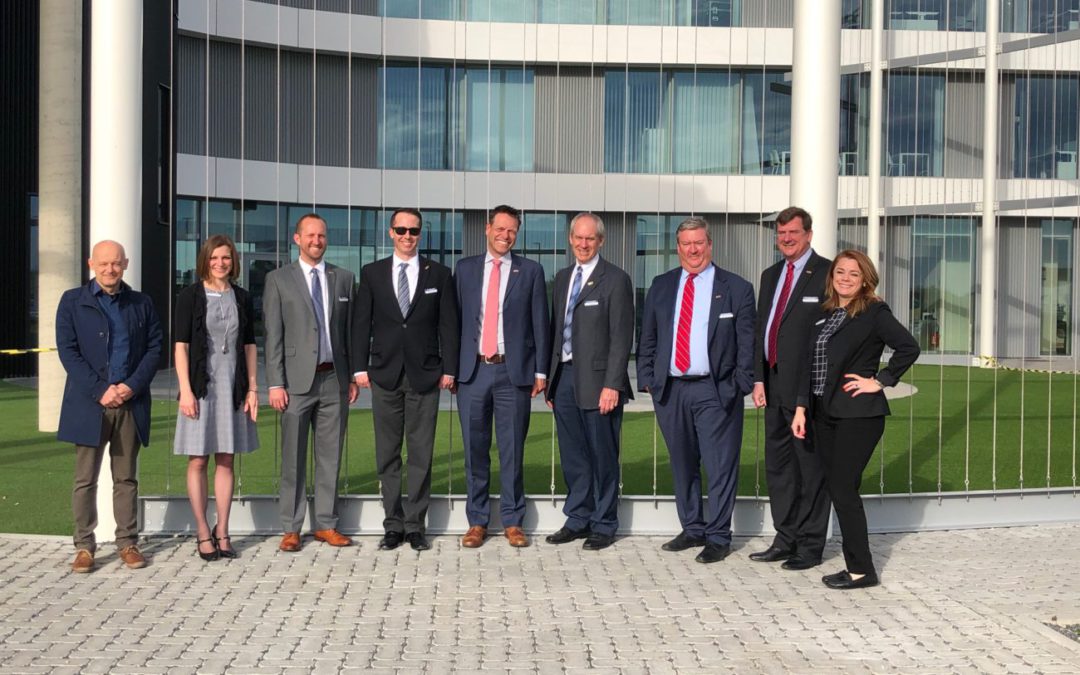 General Atomics Aeronautical Systems Inc., the largest drone company in the world, is in our country. The Californian based technology giant not only produces unmanned aircrafts for the US military, but also consists of a network of affiliated companies that develop all kinds of applications in the international unmanned aviation industry. The company is active in 5 continents and is looking for partnerships with promising Belgian companies. Yesterday, there was a pitch round in Liège, today at DronePort in Sint-Truiden.

The unique project, called Blue Magic Belgium, is part of the agreement between Belgian Defense and General Atomics after negotiating the acquisition of the MQ-9B SkyGuardian Unmanned Aircraft System. As part of their commitment to the Belgian aviation industry, GA-ASI now organizes two pitch rounds for Belgian companies involved in aviation or military applications. They have already signed a partnership with five Belgian companies. This week, another around 20 companies pitched in front of the experienced jury of General Atomics. 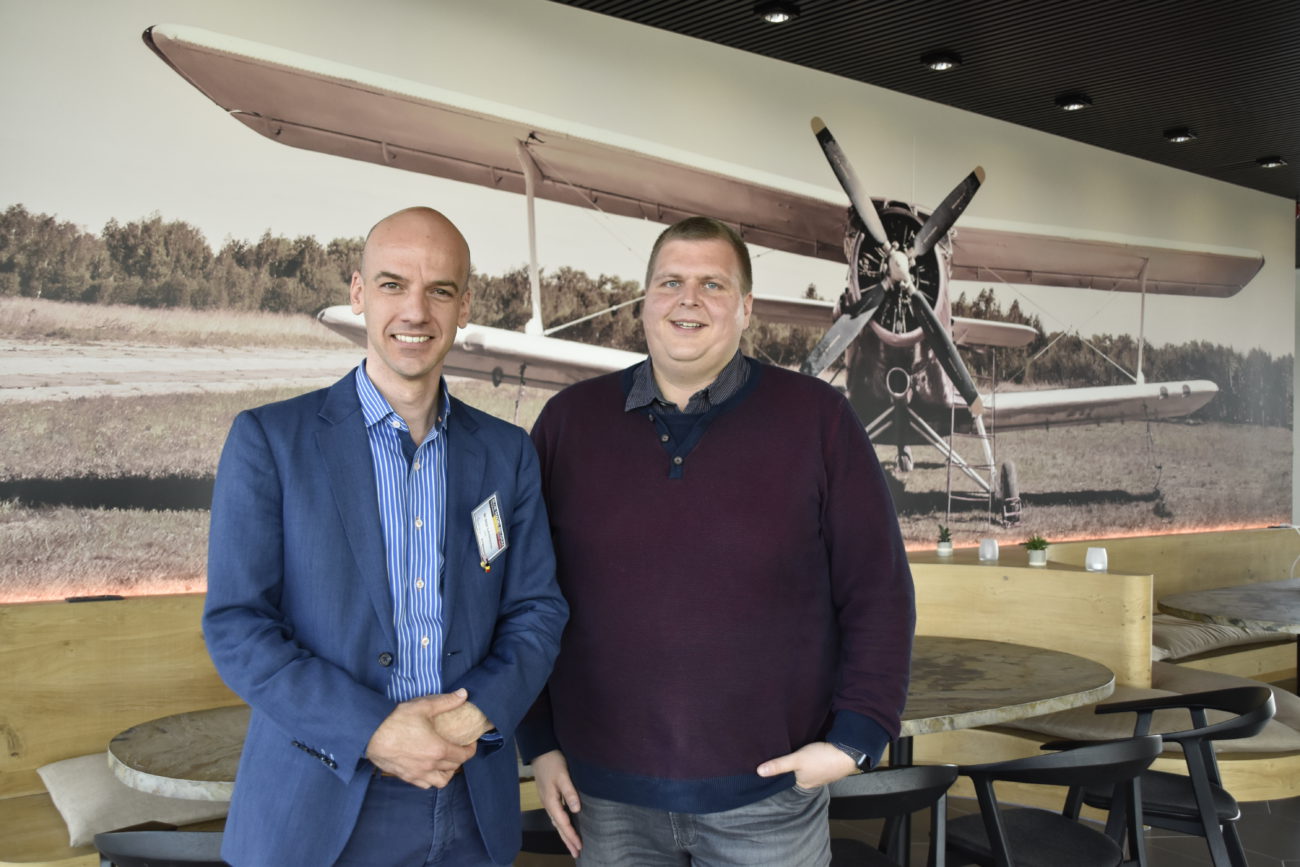 “As a member organization and research center, we are very active in supporting the Belgian aviation industry,” said Peter Ten Haaf and Stijn Lambrechts of Sirris. “This was a great opportunity for us to be able to develop new technologies in the Belgian market through a international partner. We especially wanted to hear first-hand how we can support our members to develop the right technologies and components that companies such as General Atomics need today. That is of course what it’s all about here at DronePort, the campus that positions itself as the access portal of the drone industry. ”

Sebastiaan Helsen of Hexagon Geospatial also sees a future in unmanned aviation management systems: “We are here today to discover what is needed in the field and how we can further develop our technologies to make unmanned aviation safer.” The company already has a joint project with General Atomics, namely a multi-mission system whereby a limited number of operators can control multiple drones simultaneously. “In the context of that project, we hope to develop routing systems together with the Americans, so that drones can autonomously determine which route they fly going from point A to point B.” 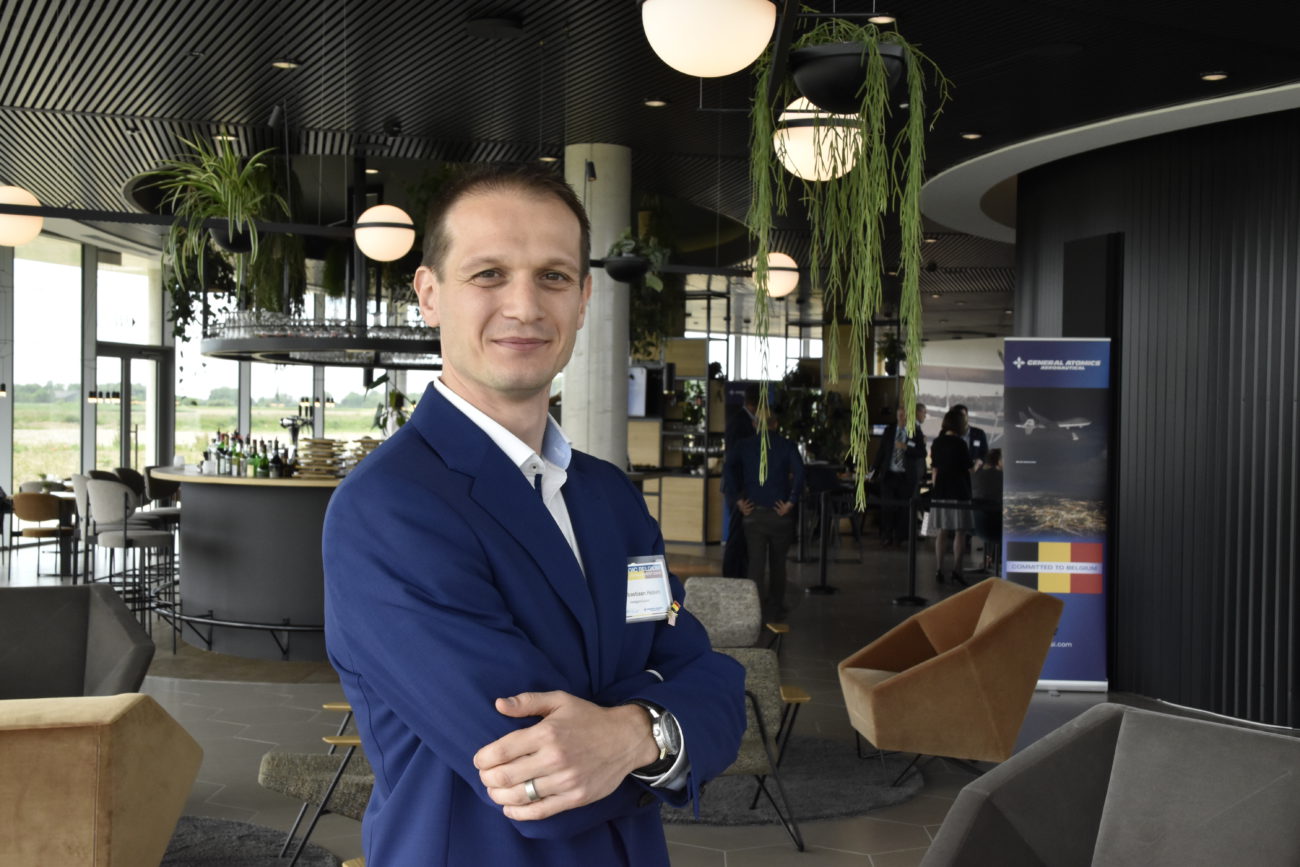 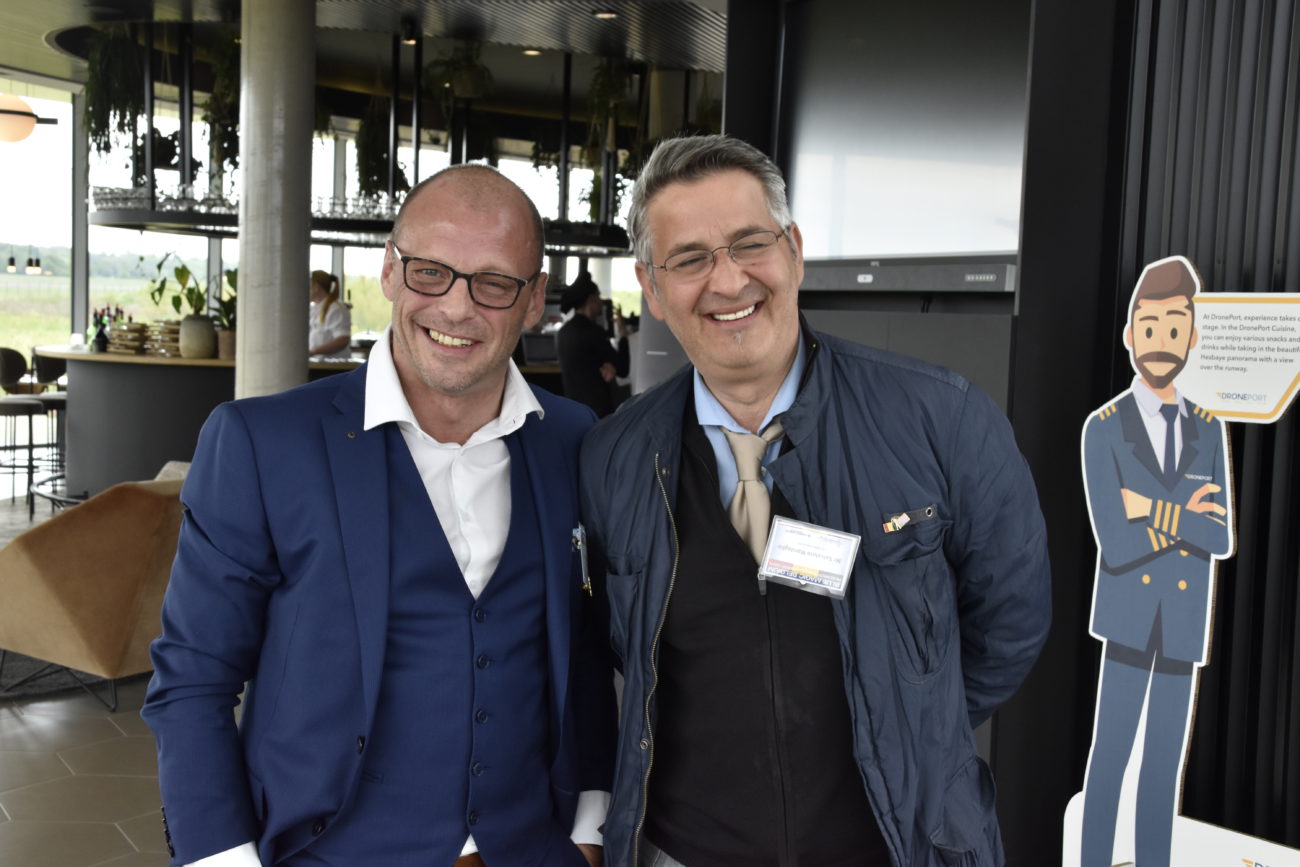 Many young companies see this day as some kind of barometer. “It gives us the opportunity to check out with one of the biggest players in the world where we are today as a starting company,” confessed Levi Boterdael of Arcadia Industries. “We are currently a small player, but we have a lot of ambition, so as a DronePort resident it was obvious that we should participate.” The manufacturer of unbreakable and bulletproof drones sees a lot of potential in military applications, something which General Atomics already has a lot of experience with.

The companies that are based in DronePort or have a seat there are slightly in favor. They receive an extra point during the assessment of the jury. “As a campus and incubator, we do everything we can to encourage our residents and help them grow,” emphasizes CEO Mark Vanlook. “We are therefore very happy that we were able to close this arrangement with General Atomics. In this way we once again show the added value of our campus and we hope to attract new companies that see opportunities for growth here. We will organise this event for the next 10 years from now.” The winners will be announced within two weeks. So keep an eye on our website and social media. 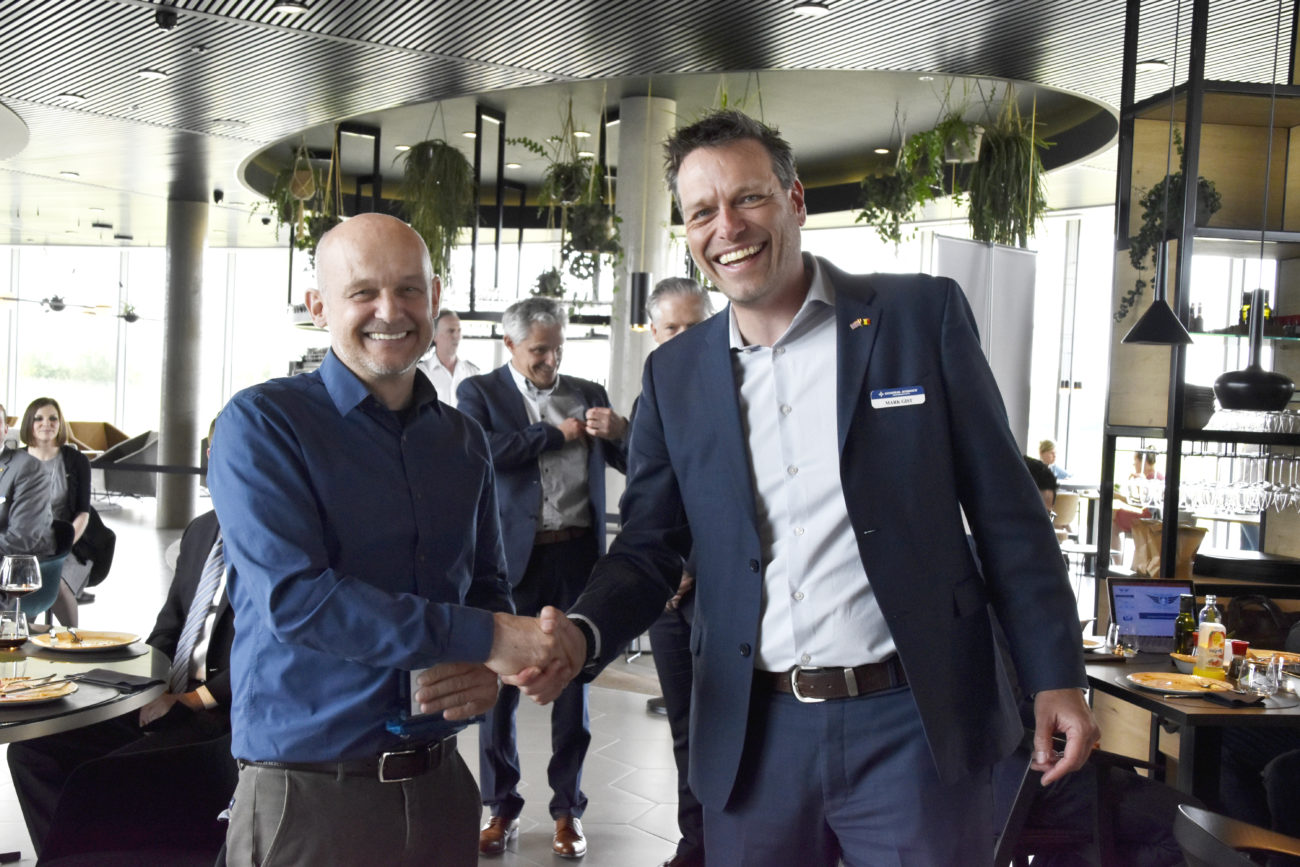 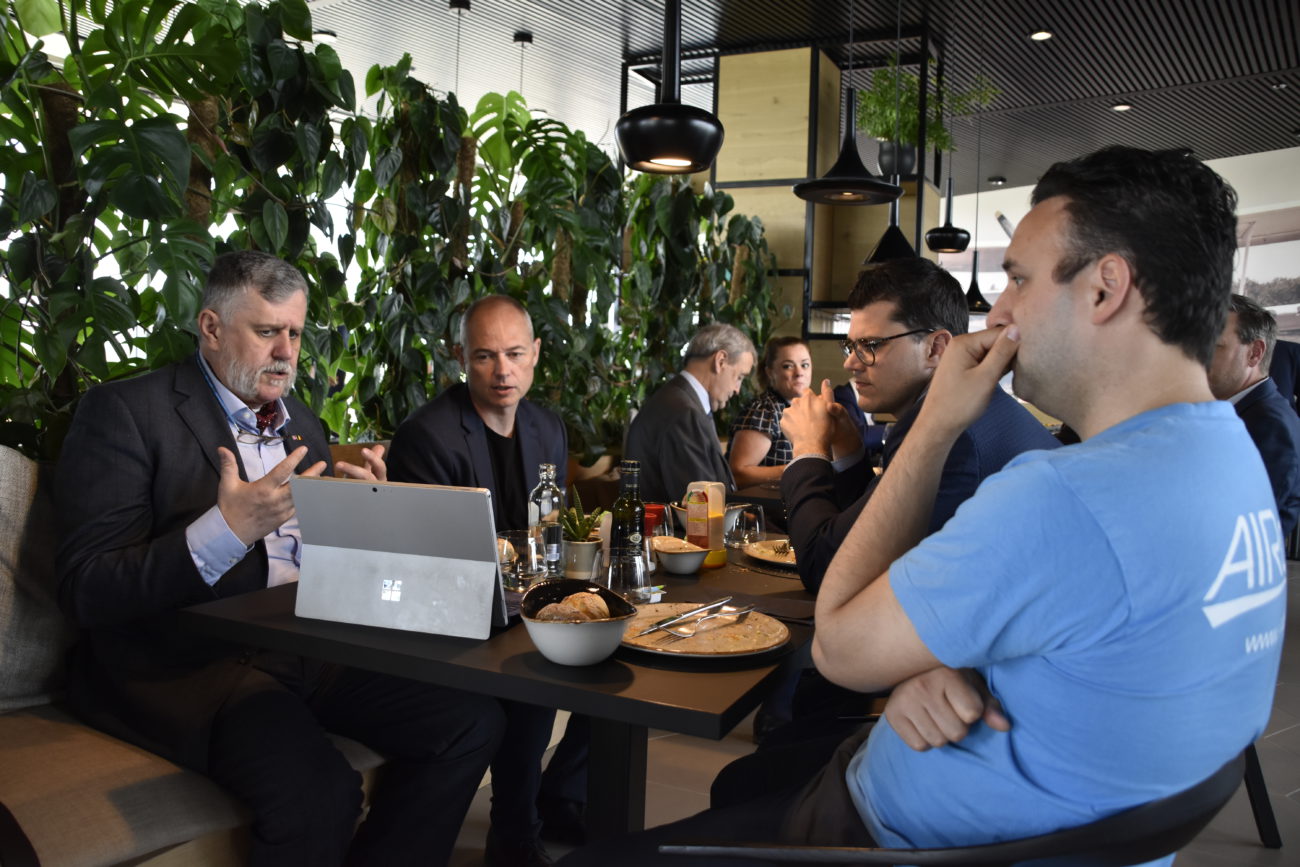 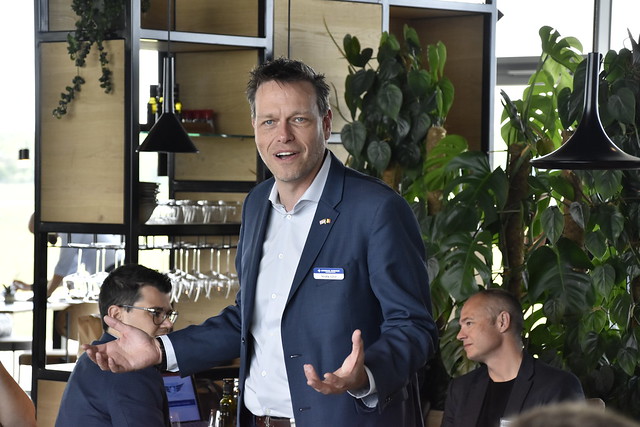