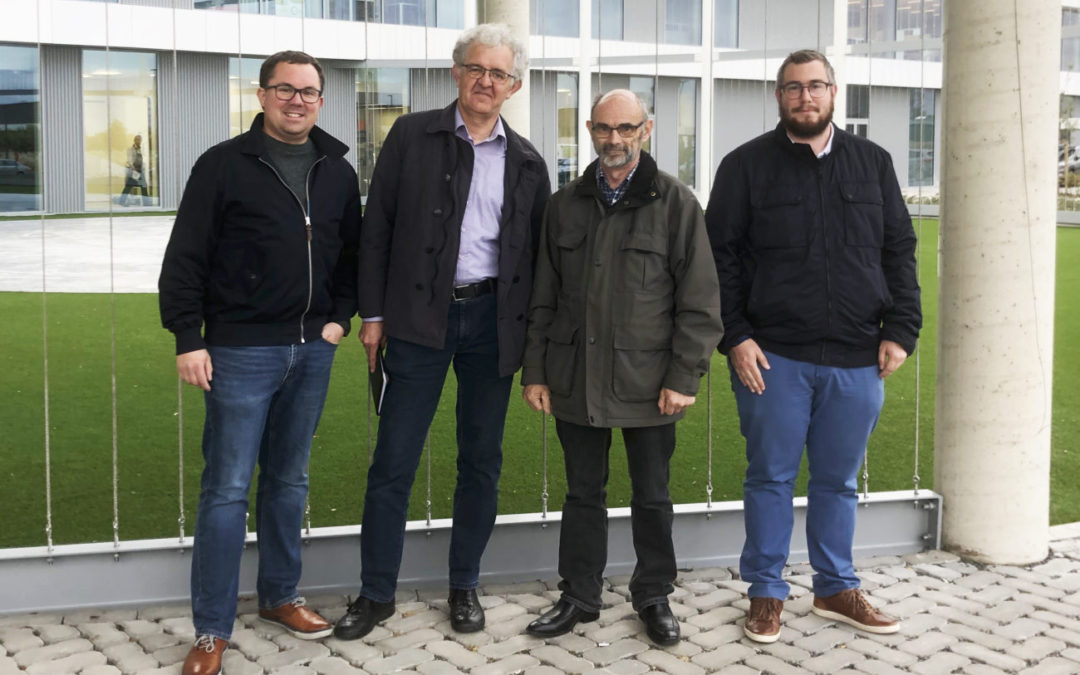 Pampa Model Fighters (PMF) is a very popular model flying club on the military shooting range ‘Pampa Range’ in Helchteren (Belgium). Their members mainly fly with radio-controlled aircraft. This ranges from the lightest foam devices to the very fastest jets. But they also fly with helicopters, drones … Last week the PMF board visited DronePort to organize a possible joint event.

The Pampa Model Fighters PMF vzw is, just like every other flying club in Belgium, affiliated to an umbrella organization. For Flanders this is the Association for Model Aviation Sport VML, for Wallonia the Association d’Aéromodélisme AAM. VML and AAM together form the Belgian Model Aviation League BML that represents them at the Royal Belgian Aero club KBAC and at the international Federation Aéronautique Internationale FAI.

Every year a number of events take place at PMF. The most famous is Jets over Pampa, an internationally known air show with model fighter jets. This air show has become the largest of its kind in Europe and, according to experts, is the reference in model aviation. The international color of the field of participants proves every year that the Pampa Model Fighters are known far beyond our national borders.

Jets over Pampa is reserved for model aircraft that are powered by a miniature jet engine (turbine) or a fully built-in engine with a multi-blade propeller (ducted fan). These aircraft are real mini fighter jets. Speeds of 300 km per hour and more are perfectly achievable. Every year helicopters powered by a turbine are also present, just like aircraft with turboprop (propeller driven by a turbine).

The PMF board was very impressed with the facilities of the DronePort campus. During their visit, the organization of a possible joint event was discussed. What that event will entail and when it will take place is not yet known. Subscribe quickly to the EUKA newsletter and be the first to learn more about this.