DRONEPORT-EBST info@droneport.eu
Back
Historical Warbird
D-EPCI
The Pilatus P-3 is a single-engine two-seat training aircraft, produced by the Swiss manufacturer Pilatus Aircraft ltd. The Pilatus P-3 was in operation at the Swiss Air Force. 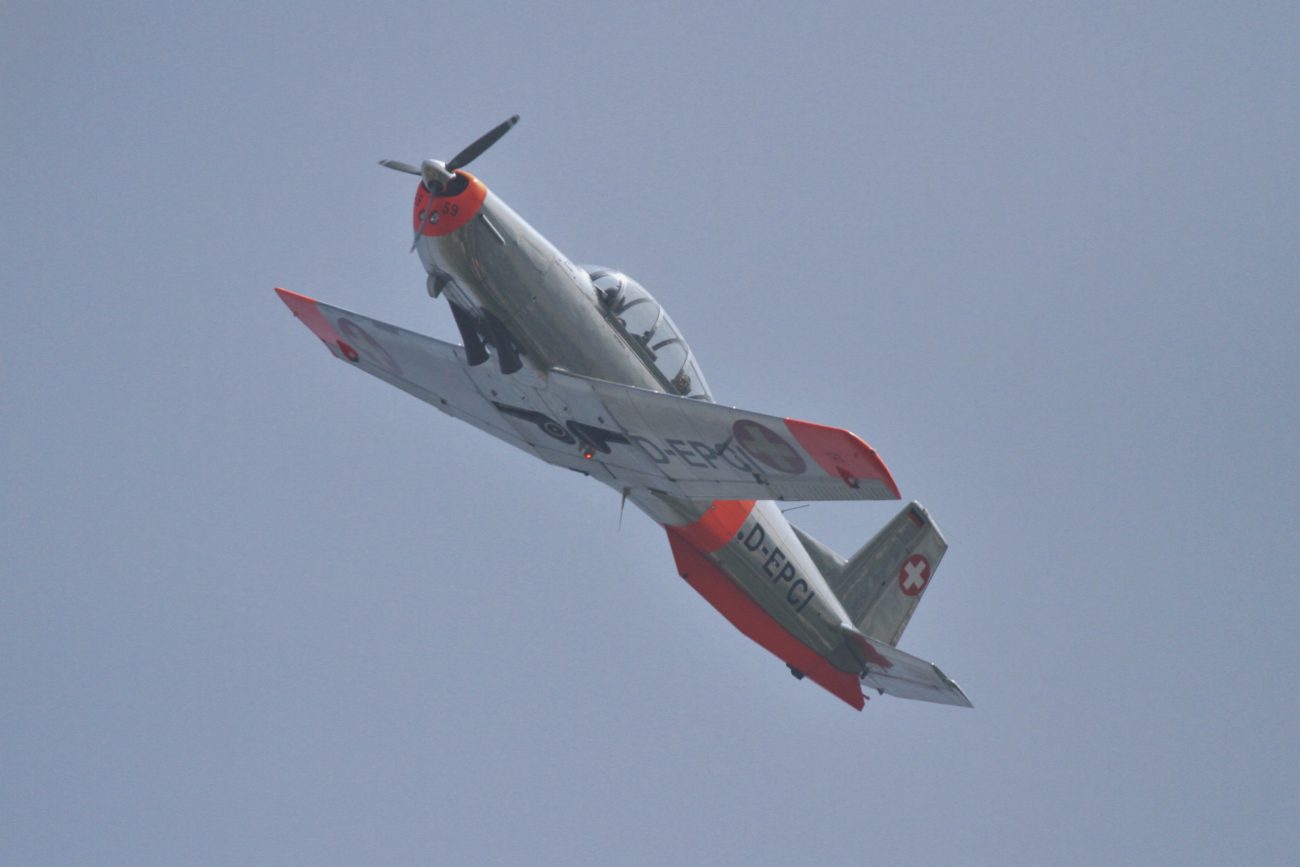 D-EPCI was built in 1959, the Swiss Military registration was A-859, serialnr 497-46. The process is running to operate again with the original Swiss reg on the fuselage and the German reg under the elevators. The plane has just over 3700 flying hours, and a similar number of landings.

The Pilatus P-3 was designed for primary and advanced training (including night flying, aerobatics and instrument flying). The military version was designated P-3-03. It was of all-metal construction with a retractable tricycle undercarriage and tandem seating. There was provision for underwing racks for light practice bombs or rockets and a machine gun in a pod below the port wing. The P3-05 was developed only as trainer, no provision for underwing racks are available.

In the 70’s the P-3 was further developed into the PC-7, using a turboprop and a modified wing. The Royal Dutch Airforce is still using the PC-7 as basic trainer. More recent developments are the PC-9 and PC-21used by several Air Forces. More detailed information and YouTube Films are available on following links. 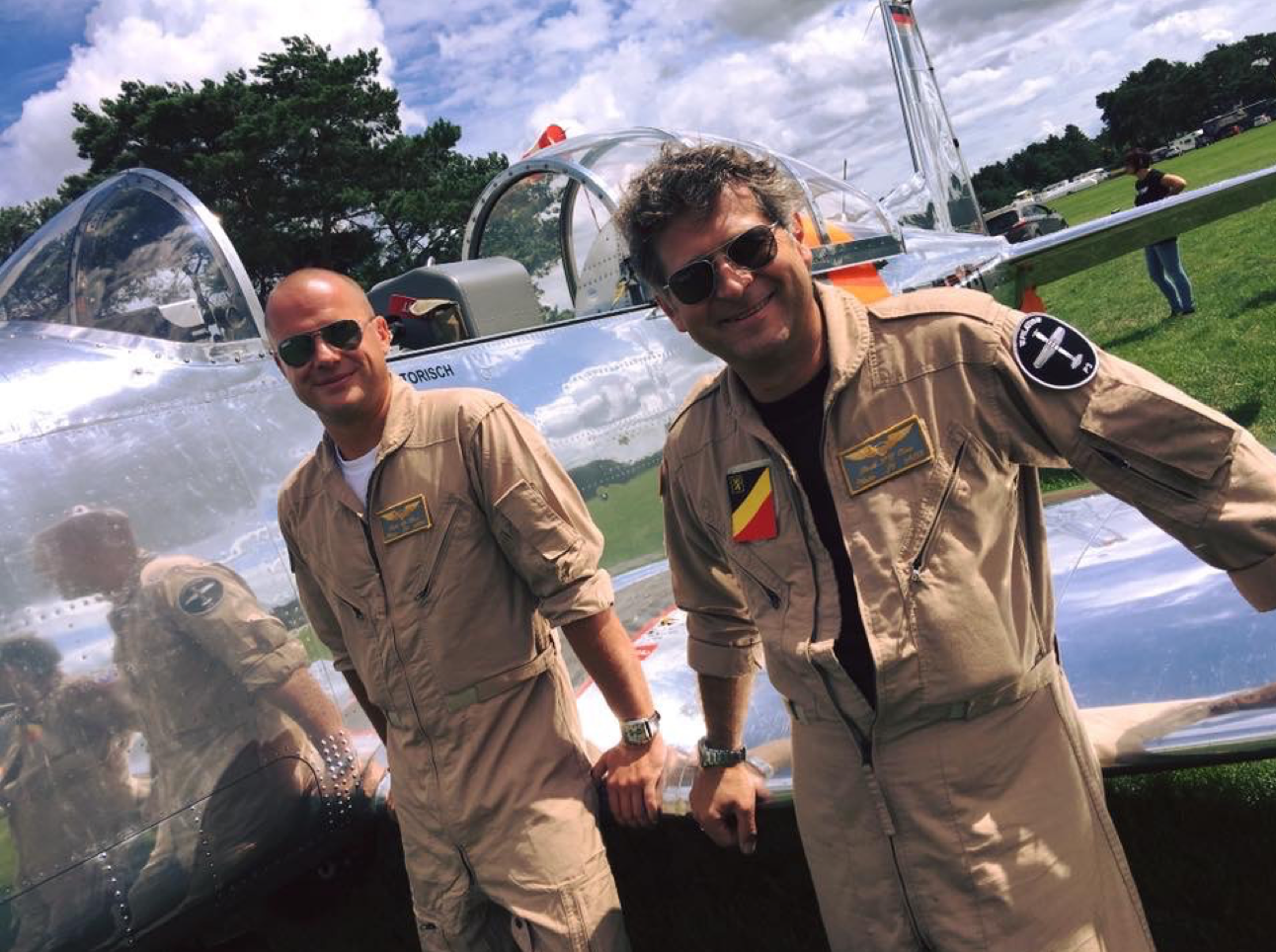