DRONEPORT-EBST info@droneport.eu
Back
Touring
G-CERT
The Mooney M20 is a family of four-seat propeller-driven general aviation aircraft, with a piston engine and with low wings and tricycle equipment. The devices are manufactured by the Mooney International Corporation. The M20 was the 20th design of Al Mooney, and its most successful. The series has been produced in many variations over the last 60 years, from the M20 and M20A models with wooden wing from 1955 to the M20V Acclaim Ultra which debuted in 2016. 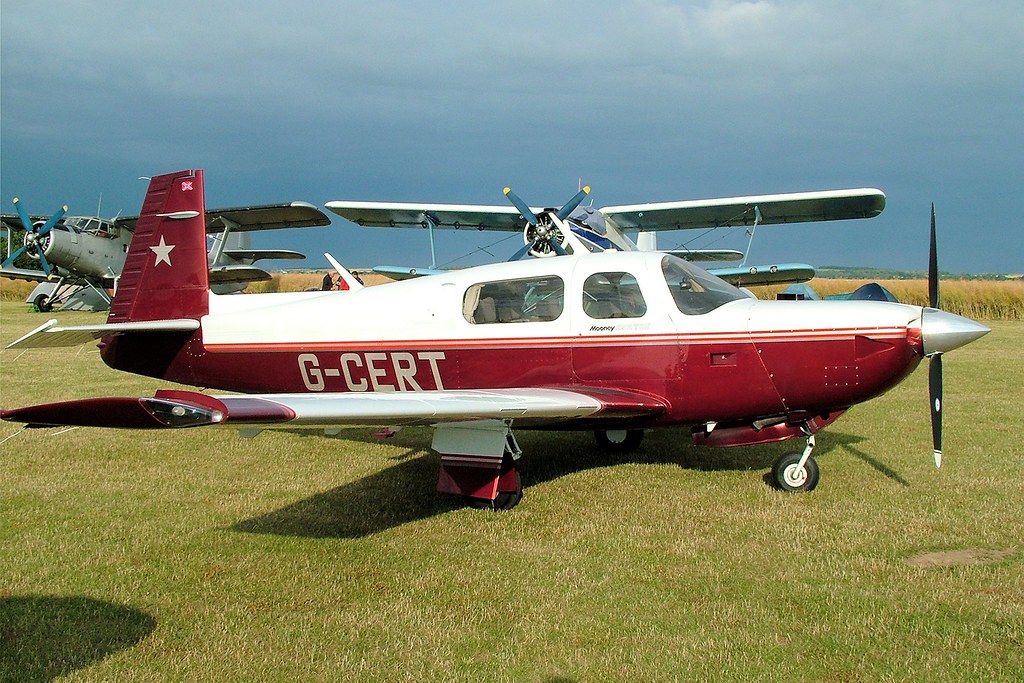