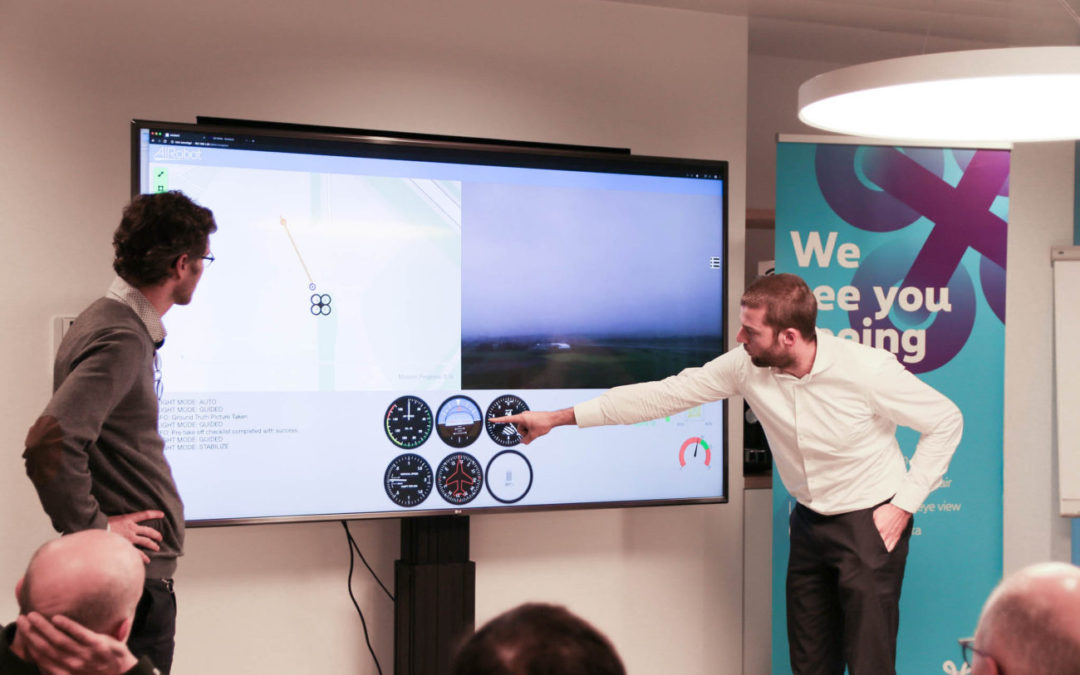 There are many new applications with drones nowadays. However, professional applications become more commercially interesting when flights “Beyond Visual Line of Sight” (BVLOS) can be performed automatically. Proximus is therefore experimenting at Droneport with 4G antennas aimed at drone heights to be able to provide network coverage in the air in the long term. During the last DronePort Café, the network provider, together with AIRobot, conducted a demonstration for around 20 spectators from the drone sector.

Today, drones are controlled by an operator or pilot via radio signals. These signals have a limited range, which means that drones can only fly around the pilot within a certain radius. For example, if we want to have parcels delivered by drones in the long term, an alternative is needed to make drones fly more autonomously and reach larger distances. A mobile network in combination with drones adapted to this could offer a solution.

AIRobot conducted a demonstration flight with this new technology during the latest DronePort Café. The flight planning was forwarded from DronePort and the start command was given to a drone who then took off in the test area. A connection was made with a laptop that was connected wirelessly to the Proximus 4G network. The 4G network then again made direct contact with the drone. All control data could be seen on the control panel and the FPV images of the drone were also streamed with a very small latency.

An important finding that emerged during the tests and demos is that the reception and especially the speed of the existing Proximus network decreases depending on the altitude at which it flies. That is why Proximus wants to start a pilot project at Droneport and in Antwerp with a dedicated network for drones at a higher altitude. In this way the network provider hopes to be able to offer a much better reception and data transfer speed in the air. Also drones could be perfectly controlled BVLOS in the future, from all over the world via internet actually.

The intention is that in the future drones will make contact with the dedicated network via a special SIM card and in this way receives flight commands or adjustments to the flight plan. Streaming images can also be done this way. There are still some challenges to be overcome, such as the load on the network when a large quantity of drones connects to the network simultaneously. There are five such SIM cards available at DronePort to conduct test flights (to be requested via info@droneport.eu). The next DronePort Café will take place at 6 february 2020. 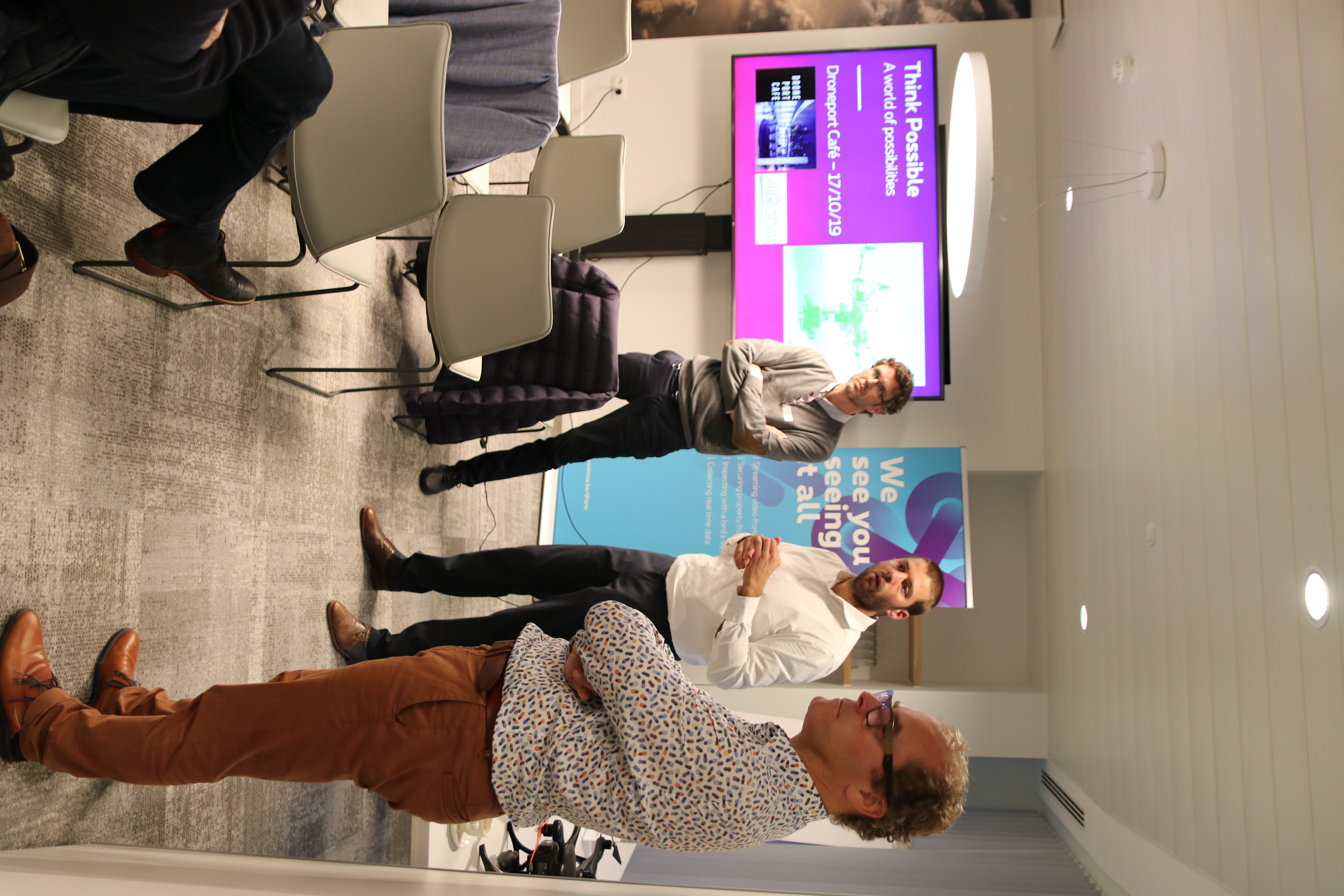